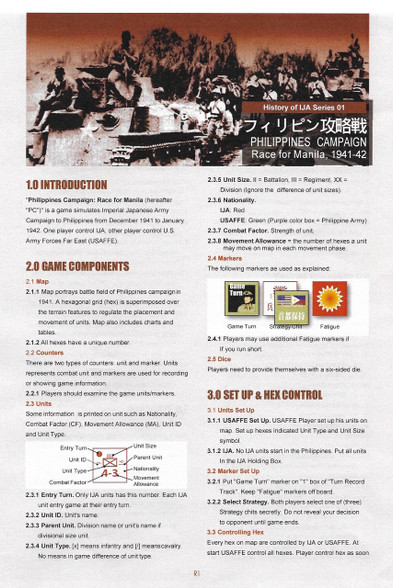 Quarterdeck International has available for shipping this coming Halloween a mini-game on the  Japanese invasion of Luzon in 1941-42 against the Filipino-American army under General Douglas Macarthur.
This is a fun and quick 7 turn game that has each player secretly CHOOSE one of three choices for their victory conditions, only revealed at the end of the game. This choice will impact the number of VPs gained.

Designed in Japan, major components made in China and sold here.

This is a GAME by Yasushi Nakaguro (PACIFIC FURY) and includes:

·       zip-lock in a stiff cardboard front & back sheet with a VERY non-historical picture of General Macarthur!